In this guide, we’ll discuss the main districts of Saigon. 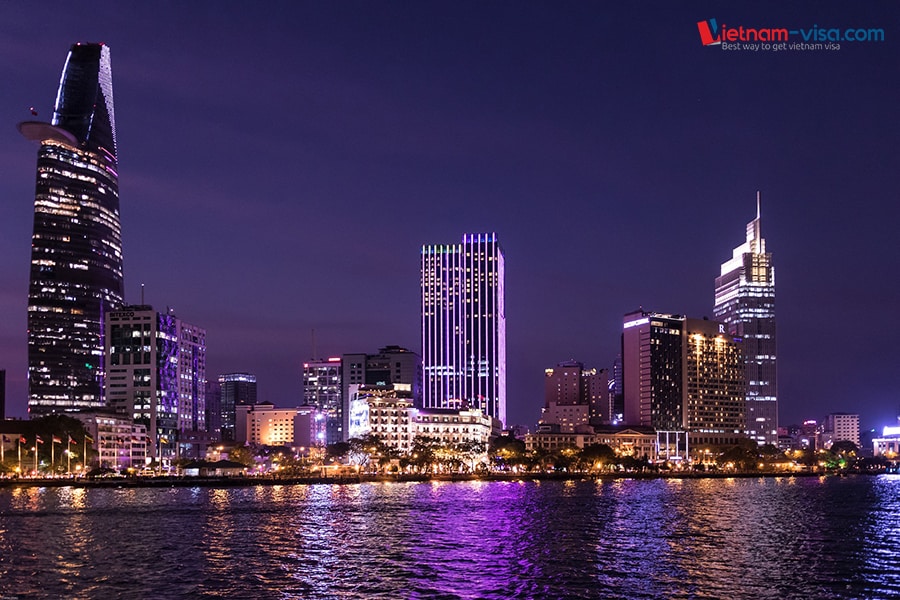 This is the largest district, the place where Saigon transformed from a settlement along a placid river to a present metropolis. District 1 has (roughly) the shape of an overturned  “L” where the backpacker neighborhood is located in the extreme southern section, while the historic part, the center and financial district are in the center, and to the north, there’s a group of more characteristic and tranquil neighborhoods.

The area most popular for backpackers orbits around Bui Vien Road, and hosts hotels that offer different levels of price and comfort. This district is an ideal starting point for any type of tourist in terms of budgets and travel styles, as well as backpackers.

In this district, Bui Vien represents the center of the partying with its restaurants, inexpensive bars and crowded clubs, all oriented toward tourists. 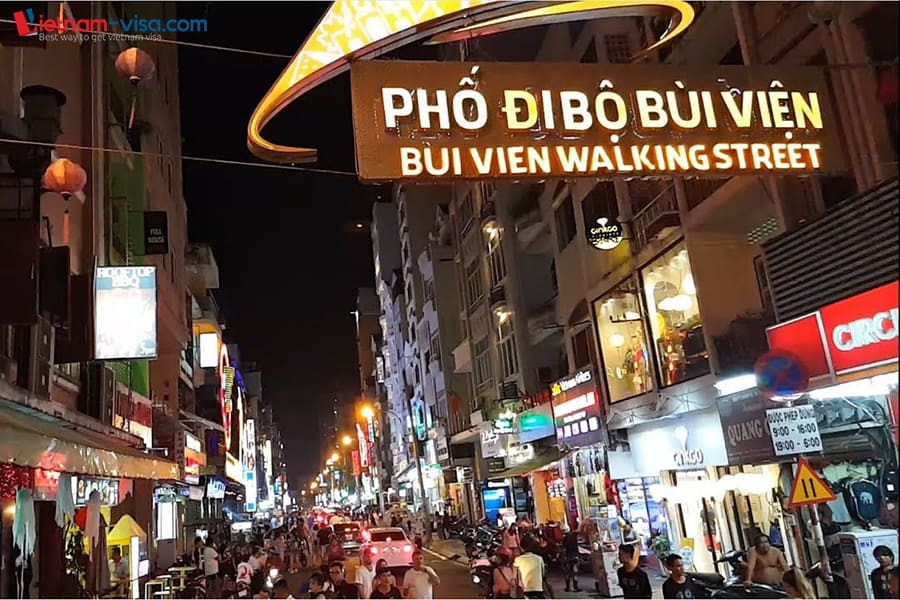 Bui Vien is known for being “party spot” even though, in recent years, the entire area has been “cleaned”. However, where you have many tourists, the money is to be found, and where you find money, you will also find people trying to scam you. Generally speaking, Bui Vien is a lively and usually safe place, but be aware of pickpockets, muggers and scammers. As is the case with the majority of places to visit, sites that publish online reviews are a good way to know whether to go or not.

For that reason, according to many, the backpacker part of town isn’t the best choice if you plan on spending a long time in there. Regardless of how long you lived there or if you speak the language and know the culture, in the locals’ opinion, you’ll always be considered a  tourist and, as you’ll soon realize, you’ll always be inundated with tourists.

At the center of the upside-down “L”, there’s the city center, characterized by various tourist attractions among which is the magnificent former French city hall, which currently goes by the name of the People’s Committee Building – as well as the long Nguyen Hue “walking street” that starts from there. A hotel located in this part of town makes it easy to reach all corners of District 1 and elsewhere. Prices in this area are somewhat higher than in the backpacker area but are still cheap when compared to hotel prices in Europe or the United States, for example.

Le Thanh Ton, Pasteur, Dong Khoi,  Ly Tu Trong, and Hai Ba Trung are the main roads for tourists and contain nightclubs, shops and restaurants. This part of District 1 is also where the most luxurious stores in the city can be found, such as Chanel,  Ralph Lauren or Louis Vuitton. Obviously, this is one of the most expensive neighborhoods in the city in terms of real estate, but if you want to live downtown, here too you can also find opportunities.

To the far south along Ha Ba Trung Street, which is still in District 1, you’ll find the Dakao neighborhood, which is also called the consulate area (since you’ll find many foreign embassies and their facilities). Moreover, Dakao is developing as a rather fashionable area and boasts numerous restaurants and cafès that are worth a stop. After Dakao there’s Tan Dinh, characterized by its vast covered market facing Hai Ba Trung Street. If you want to check out fully active market in Saigon, make a stop in Ben Thanh.

As opposed to what many visitors might think, the system of numbers in use to indicate Saigon’s districts isn’t completely obvious. On the contrary, back in the 1970s, District 2, as you would expect, was effectively located beside District 1.  However, as the city increased in size and extend from the 1990s onward, the “old” District 2 became a part of District 1 (which is how we got the “L” shape observable today), and the once swampland located on the other side of the Saigon River became the “new” District 2. Some areas of this district are still developing, while the wet, green areas have slowly disappeared under cement, though the far northern area of District 2 has stayed the same over the past decades. 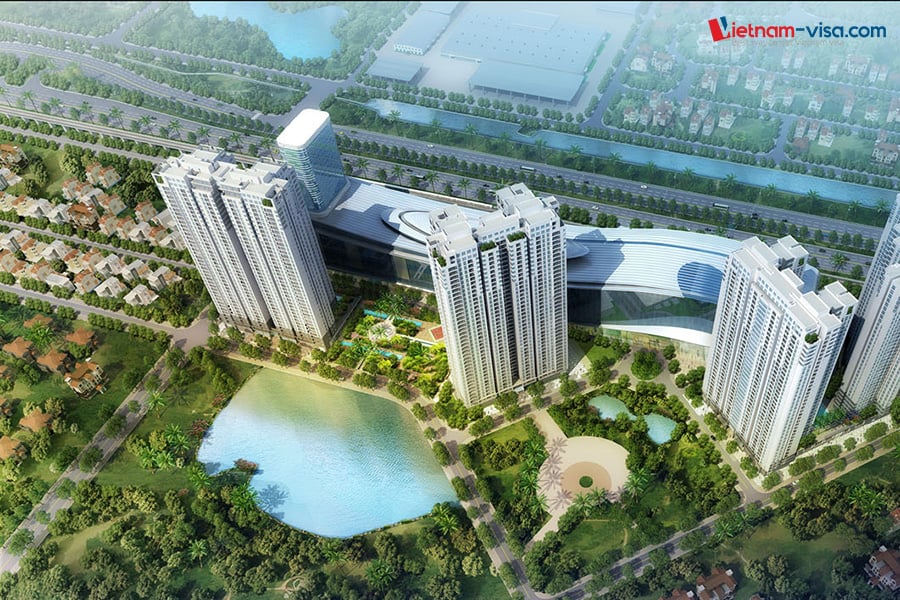 The Thao Dien region of District 2, which contains a river that curves right in the zone where there’s a link with the Hanoi highway, has become one of the best-known areas, and is where expatriate families have settled. Once a peaceful rural village, it has expanded into an area filled with restaurants, shopping centers, international academies and skyscrapers. Even if it lacks the vibrance of District 1, Thao Dien keeps its unique appeal, with streets flanking organic supermarkets, kiosks selling hamburgers, pubs and Starbucks mixing with traditional roads hosting street food vendors, banh mi and noisy grocery markets.

A large number of the foreigners who live in this district, some with pride, will say that it is rare that they cross the river over to District 1. Taking a taxi to the city center takes about 20-30 minutes and costs around VND 120,000 (5.50 USD), and it’s clear why Thao Dien has a reputation as an expatriate bubble. This doesn’t mean that you actually have to leave District 2. Over the past year, many restaurants in the center have opened franchises in Thao Dien, as well as supermarkets, shopping centers, gyms, spas and movie theaters that have grown in proportion to the population that lives in the area.

For tourists, and especially those for whom it’s their first trip to Vietnam, District 2 is perhaps too far from the main attractions. To get away from the chaotic city center, it’s worth taking a day trip over to Thao Dien. Start your visit at Thao Dien Village, a complex that includes a wellness center, hotel, restaurants, pool and gym, located on the refreshing shores of the water. Visits for the day are permitted, and a peaceful morning in the swimming pool is a great way to recover from the smog and chaos of District 1.

Its main street (also called Thao Dien), together to Xuan Thuy Street, which crosses it, contains a variety of bars and restaurants. For a taste of what expatriate life might offer you in District 2, go to Saigon Outcast, located in Nguyen Van Huong: this is a building that includes an open bar along with a restaurant and events hall. Whether it’s a live music event, street market, film showing or handcrafted beer festival, there are always spectacles worth watching here. There’s also a rock climbing wall and skateboarding bowl.

The third district of Saigon contains a large variety of lodging, places to eat, bars, cafès and attractions, yet given its apparent distance from District 1, lots of people just forget about it. Actually, the two districts are close to one another, and many areas in District 3 are the ideal place to start exploring the entire city. As it is just a little outside the tourist area, District 3 is also an ideal location to experience the “real” Saigon in action and get an idea of the life that goes on there like one of the locals.

To eat and drink, go to Ngo Thoi Nhiem St.: this is a long, straight street which has restaurants with pleasant open courtyards, such as Khoi Thom,  which is one of the city’s top Mexican restaurants, or bars and funky music clubs like the Acoustic at 6E.

These two streets (Vo Van Tan and Nguyen Dinh Chieu Street) across the whole district in the east-west direction, and bubble with noise, colors and activities. From commercial areas to religious temples, to markets, to restaurants, to cafès and buildings, you’ll find the flavors of local reality on two streets that run parallel to one another. The alleys that connect them may hold some surprises like, for example, a bunker full of secret weapons and luxury clothing boutiques.

Along the southeastern side of District 1 extends the triangle-shaped District 4, which occupies its little “island” that consists of the Saigon River on one bank and two canals that meet one another on the other side. Being surrounded by water, it’s not surprising that District 4 is famous for its abundant fresh fish, thanks to the many boats full of fish that first dock in this area.

As is the case with District 3, 4 too isn’t so distant from the city center so as to exclude you from the life that takes place here. Crossing one of those bridges, you’ll get to District 1, and  will then have everything at your fingertips. With lively nightlife and some of the top typical restaurants in Saigon, this district attracts a ton of people, but also tourists and foreigners looking to see the city from another angle. 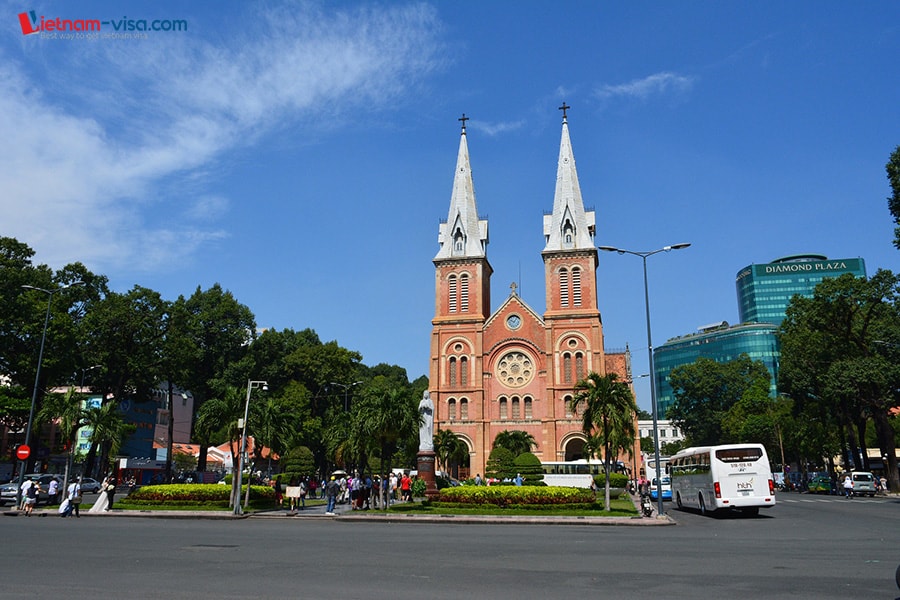 Up until the XX century, this part of Saigon consisted of a tiny village located outside the city limits, which could be accessed along a long straight road flanked by greenery and agriculture. The road and trees still remain, but the fields have now been replaced with urbanization. District 5 borders with the southeastern edge of District 1, and for people in the backpacker district, it is easily reached on public transport or by taxi, and is famous for its enormous Binh Tay indoor market, located in the central part of the district. Also known by the name of Cho Lon (which means “big market”),  District 5 is the Chinatown of Saigon, distinguished by a plethora of traditional Chinese shop-homes that connect in all directions and authentic kiosks and Chinese restaurants found everywhere that prepare street food.

District 5 is ideal for getting to know the Saigon of the past while visiting the Chinese cultural heritage in Vietnam. If it’s your first time here, you should note that District 5 takes some getting used to, with lots of small streets and alleys offering more or less the same shops and homes. Nevertheless, some research and a map (or a walking tour) can help you discover many Chinese temples and meeting places, incredible restaurants and hidden markets. 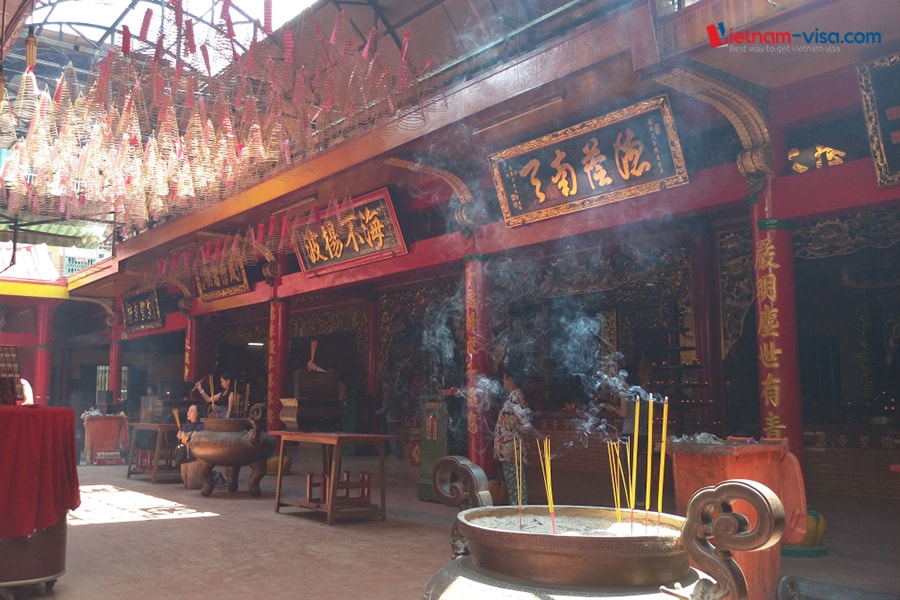 This article was written by Saporedicina.com, which aims to help those intending to visit China, Thailand and Vietnam. If you find it interesting, visit the site to read our other guides to Vietnam. And when you are planning a trip to Vietnam, remember to check Vietnam visa exemption to check whether you need a visa to the country or not.